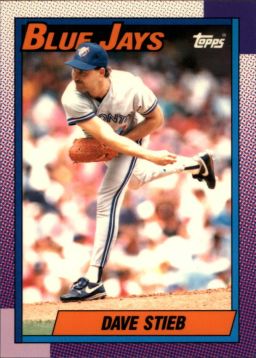 It may have taken Dave Stieb awhile to pitch a no-hitter for the Toronto Blue Jays, but after four close calls, he finally was able to accomplish the feat 25 years ago on Sept. 2, 1990.

The right-hander lost his first try on the ninth inning homer by Rudy Law of the Chicago White Sox in 1985.

In 1988, Stieb had a pair of no-hitters broken up with two outs in the ninth in back-to-back starts.

Cleveland’s Julio Franco got Stieb in the first game, while Baltimore’s Jim Traber broke up the second opportunity.

A perfect game was on the line in 1989 against the New York Yankees when Roberto Kelly doubled with two outs in the ninth and later scored as the Blue Jays went on to win 2-1.

Against Cleveland in 1990, Stieb was in line for a no-hitter when he walked Alex Cole with two outs in the ninth. Fortunately for Stieb, he able to finally get the final out when he retired Jerry Browne to complete the first and only no-hitter in the history of the Blue Jays.

A seven-time all-star, was the starting pitcher for the American League in the Summer Classic in 1983 and 1984.

In 15 seasons in Toronto, Stieb became the club’s all-time leader in several categories including wins with 175 and strikeouts with 1,658.

A celebration of the past and future of Oakland A's baseball with a rock n' roll rebellious spirit and an eternal love for Milton Bradley.

Where obsessive fans of Cincinnati Reds baseball gather, since 2005